Giulio Carlo Argan, in his book The concept of architectural space1, describes the change that took place in the 17th century from the “representation” of space in the Renaissance to the “determination” of the Baroque, which led to a change, in Argan’s words, from the “architecture of composition” to the “architecture of formal determination”. This important change marked the beginning of the search for the identity of modern space which was experimented with in the parks of the 17th, 18th and 19th centuries (from the limitless absolutist park to the supposedly natural bourgeois park, and finally the popular urban park), conceived not just as places of pleasure but also as laboratories for the investigation of form and function, and which opened up new directions which paved the way for modern landscape architecture. 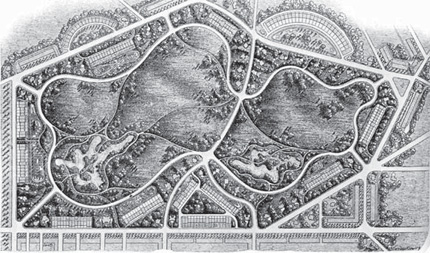 This entry was posted on Thursday, July 14th, 2016 at 10:00 and is filed under articles, news, paisea, publications, without category. You can follow any responses to this entry through the RSS 2.0 feed. You can skip to the end and leave a response. Pinging is currently not allowed.