The role of the Metropolitan Forest in the territorial rebalancing is of great relevance since it aims to significantly benefit the districts and municipalities of the south and improve the health of the citizens of the capital.

The jury has highlighted the important work of the set of proposals and they have insisted that, once the winners are chosen, a process is started to develop the project in each lot with uncertainties that will gradually modify the winning proposals as they have been formulated in the contest, derived from the ownership of the land and the needs of agreement with urban development agents and with society as a whole.

The topics that have been debated in the deliberation sessions will be deepened, such as the role of equipment, location, innovation in management, the role of peri-urban agriculture, soil recovery techniques, vegetation, and water management o the connectivities to guarantee the access of the population from the neighborhoods and the connection between municipalities. 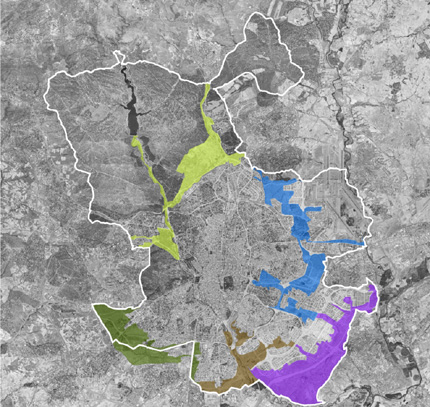 This entry was posted on Tuesday, January 19th, 2021 at 12:02 and is filed under news. You can follow any responses to this entry through the RSS 2.0 feed. Both comments and pings are currently closed.