The jury of 12 experts from different disciplines and 2 neighborhood representatives have examined each of the proposals and initiatives have rated teams have captured on models.

The City Council promoted in February 2013, an international competition for the selection of the team of architects for the project of urban space of the square of the Glories of Barcelona, ​​with the aim of transforming this space of 13 hectares and end the character of road junction that has so far had the square. The competition provided for in Glories commitment signed in 2007, aims to ensure the new center of the square, order their mobility promoting sustainable transport, maximizing green space and rearrange the equipment provided. 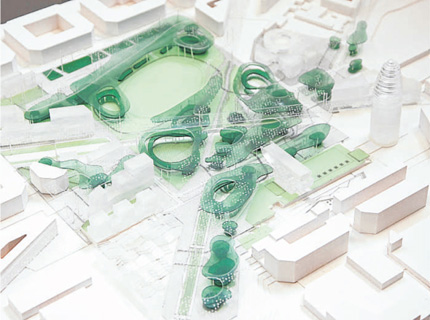 This entry was posted on Tuesday, February 11th, 2014 at 10:00 and is filed under news. You can follow any responses to this entry through the RSS 2.0 feed. You can skip to the end and leave a response. Pinging is currently not allowed.

One Response to “Contest Prize Glories”